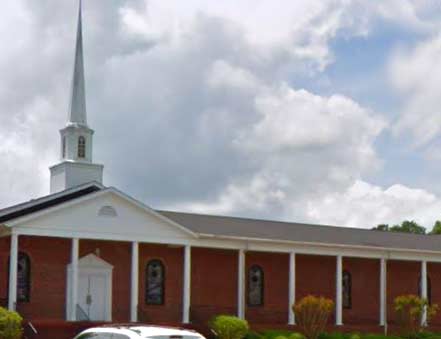 Holden Chapel Missionary Baptist Church history represents faith, hope, and a strong determination by its member to make instrumental changes in our church, families and community.

The story you are about to read was recanted by Mrs. Plessie Moore and Mrs. Ruth Earles. They recall vividly the "Old Days" and were gracious enough to offer a very factual recollection of Holden Chapel down through the years. This invaluable data was organized by the yearbook staff and Alice Suber, the Past and Present.

Holden Chapel Baptist had its beginning as a brush harbor, and a later a parcel of land was donated by G.W. Holden on February 17, 1898. To the following trustees: Broadus Whieside, David Foster, and Thomas Lyles.

A plank building was erected on a site beside the road in the front of then present church. Some of the recorded Deacons that served on the board were Ben Lyles, Cletus Whiteside, John Bobo, Joe Worthy, Reta Thompson, Berry Thompson, Elijah Young, Oliver Wilkins, Ben Hughes, Frank Butler, Milton Walker and Lemmie McDowell. Mr. Berry Thompson serves as a superintendent of the church for many years and walked from Spartanburg and back home each Sunday. The late Ervin Brewton and Deacon Elijay Young also served as superintendent. Other deacons that followed were Taft Lewis, Lewis McDowell and Matthew Miller.

The recorded ministers that pastored the Church in its early beginnings were Reverend Gamble, Reverend Wheeler, Reverend McCluster, Reverend Dillard, Reverend Davis, Reverend L.C. Duncan and Reverend Aubrey Duncan. Holden Chapel was fortunate in that its ministers were men of faith who rendered many years of service.

Reverend D.A. Shell was elected pastor in the early 50's and realized Holden Chapel needed a new building to worship in. The construction of the new church was erected and with thanks fr what was accomplished, much of the work was conducted by the following members: A.D. Dodd, B.T. Young, John Brewton, Joe Free and Duffie McDowell. The Church was erected at 2260 Old Furnace Road and has remained at this site since. 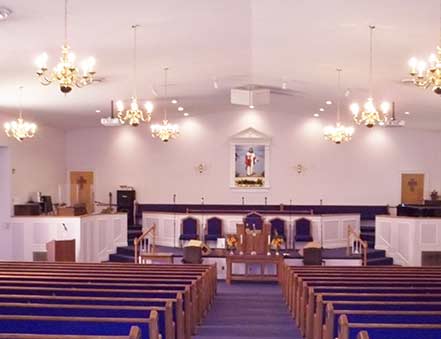 In the ealry 70's, the Reverend D.A. Shell resigned and the Church was without a pastor for a short period of time, until God saw fit to send Dr. J.R. Whitmore to lead his people. Under the leadership of an educational building and a dining hall was added to the Church under his leadership. However, tragedy would hit this landmark, in February 1972, as the Church was leveled by fire. As the church burned, Dr. J.R. Whitmore remarked as he and some of the members watched as the building was being consumed, "The building was burned, but not the church." The congregation assembled in Fosters Grove School House where service was held for a few months until the church in December of the same year.

In 1990 Dr. Whitmore resigned and the Dr. Jackie E. O'Neal was elected the next Pastor. Under his leadership, new ministries were added, a new sanctuary, kitchen, dining room and an educational building with classrooms was built. In addition, at that time, the leadership consisted of: (14) fourteen Deacons, (16) sixteen Trustess, (25) twenty-five Deaconness' with approximately 300 members that made up the Holden Chapel Missionary Baptist Church family.

In October 2010, Dr. Jackie E. O'Neal resigned and the Reverend David Moore took the task of leading the church as the Interim Pastor until the church, under God's timing, would select another Pastor.

On December 2011, the Hoden Chapel church family, through much prayer, elected the Reverend William B. Wiggins, II, a native of Florida, as their next Senior Pastor. Since his arrival, the once sleeping Giant, has come alive, souls are being saved and lives transform as the Lord is adding unto his church. With a ministry theme for 2012 of "Destined for Greatness," and an overall church theme in 2013 "No Limitations, No Boundaries," Reverend Wiggins is leading God's people into becoming "a 21st century Christ-centered, Great Commission Church, transforming lives One Person, One Family and One Community at a Time within the city of Boiling Springs, SC and throughout Spartanburg County and Vicinity."